Aeon Timeline is my eyes and ears on the story 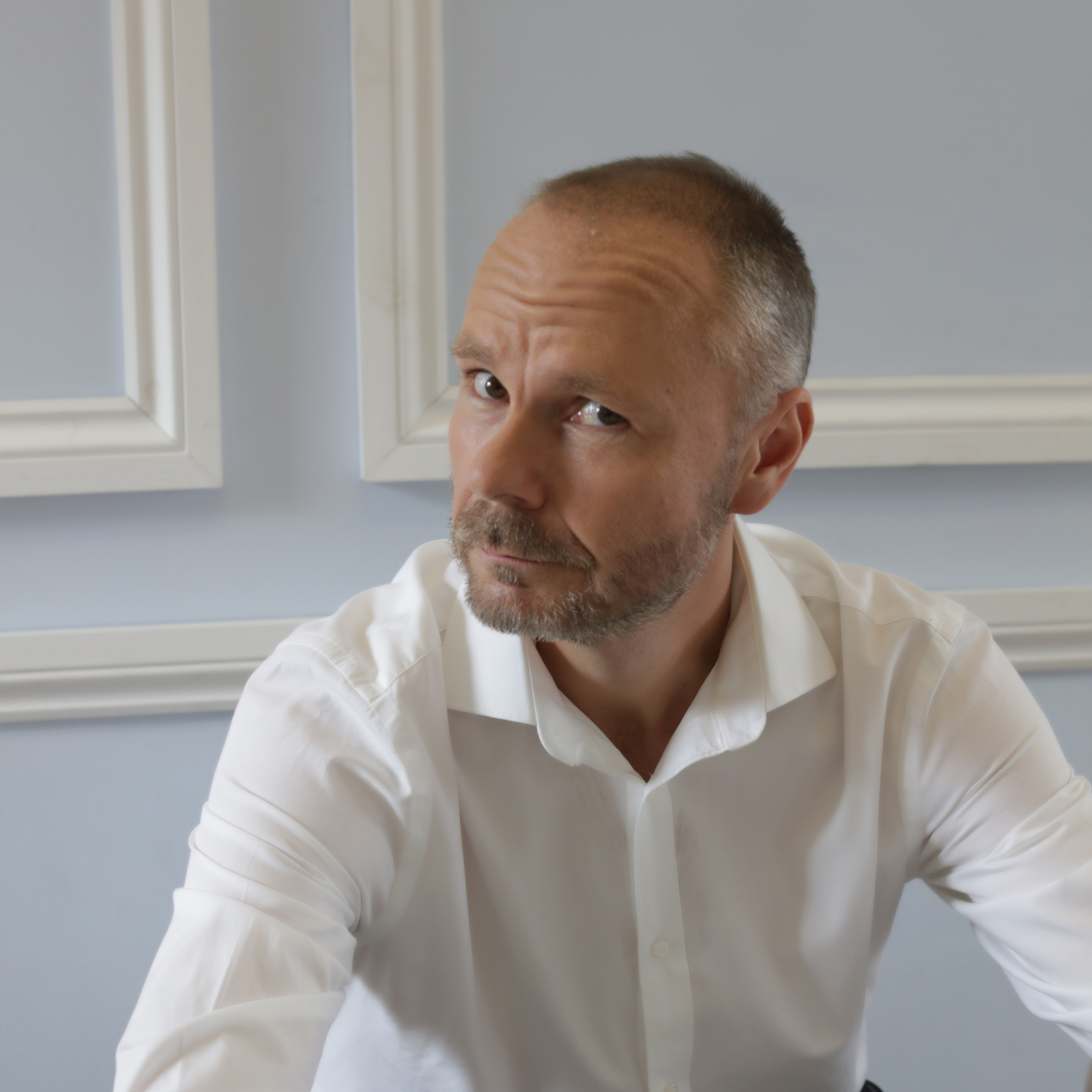 Andrew Hanson studied English language and literature at Salford University and Novel Writing at The London School of Journalism, before a professional working life pushed his novel writing to the back burner. Having at last returned to his original passion, Andrew talks about story theory, and how Aeon Timeline fits into his writing process.

I couldn’t even contemplate trying to plan, write and edit an intricately plotted and complex crime thriller novel without Aeon Timeline

The search for the right tool

Andrew has always seen technology as an aid to his writing process, but found it difficult to gain a holistic understanding of his story using outlining software alone; it did not provide the visual overview he needed to work efficiently. This is where Aeon Timeline helps Andrew develop a broader and deeper understanding of his overall narrative.

Before I started using Aeon Timeline 3, I struggled to outline my novel efficiently. I used other outliners, but I effectively had a detailed spreadsheet, with none of the visual elements that Aeon Timeline provides. This was quite frustrating: I was trying to collapse and focus different areas of my outline, but it wasn’t really working for me, and I had a number of false starts.

Outliners alone didn’t offer me an easily visible overview of my story’s progression and the different elements I needed to include. Nor did they give me a way of storing and accessing scene-specific information needed to write a great story.

Aeon Timeline does all of this. It helps foster that germ of an idea into something that is workable as an overall story structure.

Planning with intent
Andrew takes a structured approach to his writing, and uses elements from Shawn Coyne’s Story Grid and John Truby’s Anatomy of Story (aka "22 steps") to develop his story structure. He maps Story Beats by dividing his narrative into Scenes (with a focus on action and change) and Sequels (in which characters react to those changes), and uses different Custom Properties to capture key details reflecting the different purpose of each type of scene.

I can use all of this in Aeon Timeline to generate the structure of the story, and how the character interacts with that story.

I use Shawn Coyne’s Story Grid to keep track of Obligatory Scenes/Moments — generic conventions for, in my case, a thriller novel — and John Truby’s 22 Steps of Story to keep track of key story elements.

With 22 Steps, I allocate relationships more as a way of reminding myself which of the important constituent elements of Story belong where. For example, at the start of every story the reader has to understand who the characters are and what drives them — what their weaknesses are, if they are driven by something terrible in their past — something that 22 Steps calls their Ghost. The reader also needs to see the characters in their everyday world. So, I would remind myself to include early scenes that show the Story World.

Using Aeon Timeline, I’m able to identify elements of Truby’s 22 Steps by creating custom types using Advanced Settings. I’ve also added generic ‘Moments’ that occur in thrillers, and ‘Change’, which reflects how the character reacts to things throughout the novel. I can use all of this in outlining to generate the structure of the story, and how the character interacts with that story.

By creating custom types and moving between Timeline and Narrative Views, Andrew gains a visual overview of the events of his story. He begins by mapping out the backstory using Timeline View and Spreadsheet View. This allows him to include elements that aren’t necessarily mentioned in the book, but provide insight into the context of the narrative. After this, Andrew moves into the Narrative View to begin plotting the story and fleshing out scenes.

I plan in Spreadsheet and Timeline Views, then I switch into Narrative view to build the sequence of scenes that will appear in the novel

I start with the characters, locations and story arcs needed to tell the story, and then flesh out the backstory events to make sure that the story logic makes sense.

By story logic, I really mean that the events leading up to the present day of the story make sense to the reader. As I write in the Crime Thriller genre, a large part of the backstory is what James N Frey calls The Plot Behind the Plot: the antagonist’s reasons for committing the crime, be it revenge or jealousy or power struggles, and how they plan to carry the crime out. I outline this largely in Spreadsheet and Timeline Views, paying attention to character ages, motivation, and the timing of events.

Support for every step of the writing process

After planning his story in Aeon Timeline, Andrew syncs the information into Ulysses to begin writing, and continues to sync those changes back and forth between his timeline and Ulysses as things change throughout the writing process. To leave room for creativity, Andrew doesn't delve too deeply into the other elements of Story Grid Theory prior to writing, but he knows he can turn to them if he is struggling with a particular scene.

I tend not to spend a lot of time at this stage fleshing out the detailed story beats of each scene using Story Grid Theory. To plan all of this upfront can be overwhelming and counter-productive to writing creatively. Most of this info would be fleshed out during a later Story Editing phase.

If I am struggling with the writing of a scene, and it just isn’t working for some reason, then I can go into Aeon Timeline and fill in the details to work out where the scene has gone wrong.

The most important thing that every single scene has to have is change — either external plot change or internal character change, but ideally both. If this element is lacking, then I need to rethink.

Having these fields available to me in Aeon’s inspector can help focus my writer’s Story Brain: it is my Story Assistant and my Story Barometer.

You can use it how you want to use it. It will revolutionize the way you plan your stories.

How does Aeon Timeline fit into your writing style?

I use Aeon at every step of the workflow. In outlining, I use it to generate the structure of the story and how characters interact with that story. I also use it when writing, and again during editing. It evolved into everything I do within the writing process.

What are your thoughts on Aeon Timeline 3?

It’s leaps and bounds over what version 2 was capable of doing. This is my barometer of story. It gives me an idea of where the pressure points are in a story, whether the story is working or not. It’s my eyes and ears on the story.

What is your advice to someone considering Aeon Timeline?

Definitely have a look at it, I think it’s a total game changer. It’s a big re-write from the ground up. You can use it how you want to use it. It will revolutionize the way you plan your stories. 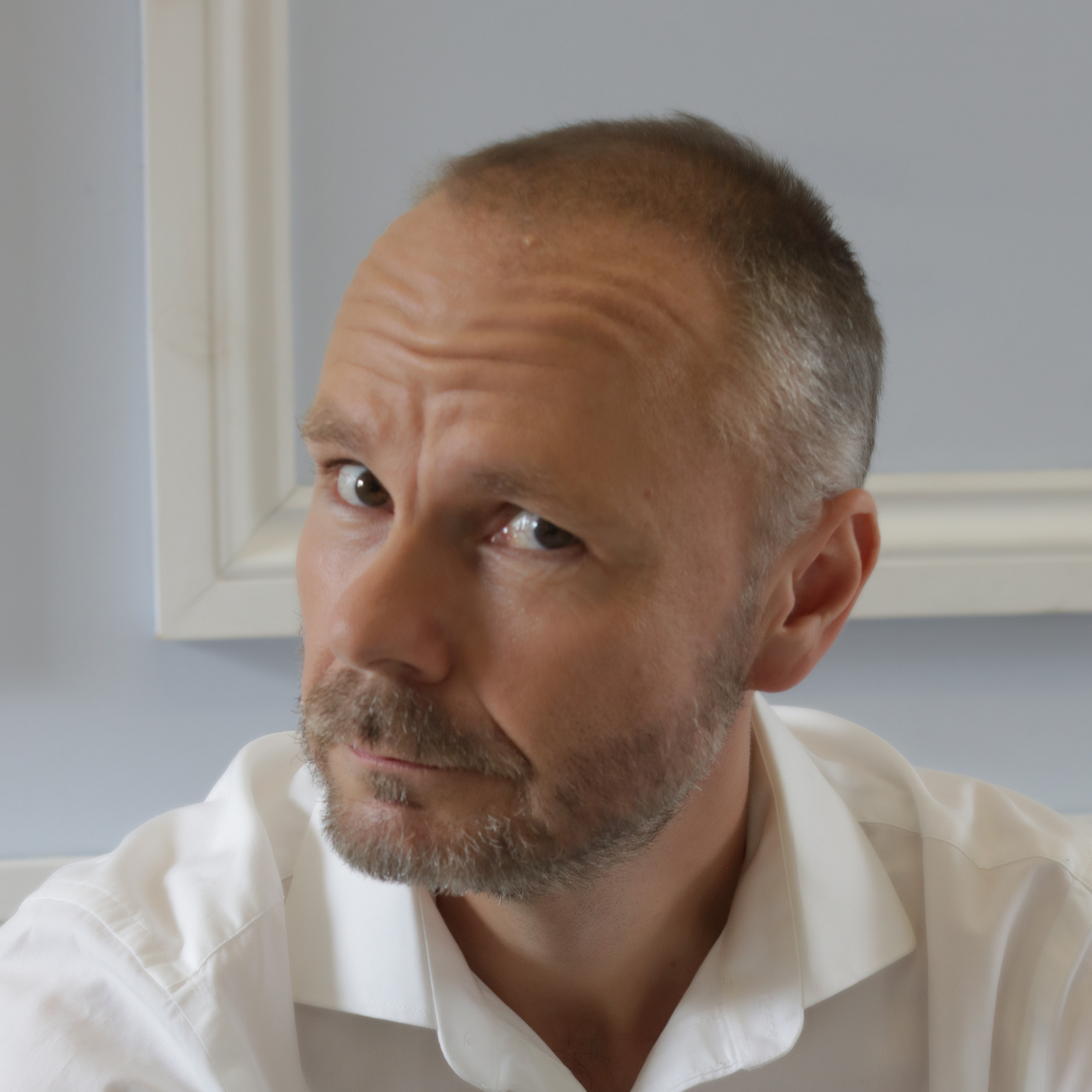 Andrew quit his busy and stressful day job as an accountant to concentrate full time on writing his first novel.

A student of story craft, he studied English language and literature at Salford University, and is trained in both The Story Grid Method and John Truby's 22 Steps of Story. He also studied Novel Writing with The London School of Journalism.

His first novel, The Head Factory, is due for completion in 2022.

Read more of Andrew's work on his blog ›

Aeon Timeline 3.0.21 has been released for Mac, Windows, and iOS. Windows users who have experienced auto-update will need to manually download and install this update. 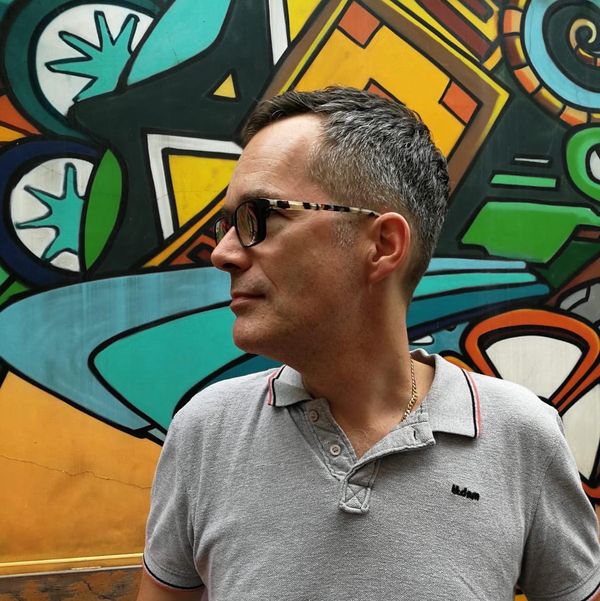 Michael Hüttemann is the CIO of MAKE RELATIONS, a Germany-based Marketing and Consulting company. He discusses the importance of communication and assigning clear responsibilities when managing client projects, and how Aeon Timeline helps him present visual information in the client's own language.